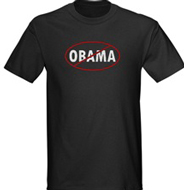 Monica posted these facts about Barack Obama on ASA:

Fact: Mr. Obama sponsored the misleadingly named Ronald Reagan Biomedical Act of Illinois and the Stem Cell Research Enhancement Act in DC – both promoting extravagent funding for embryonic stem cell research. Mr. Obama appears to have a slightly more sophisticated knowledge of the stem cell world than many of our politicians, which unfortunately makes it less excusable that he stood before President Bush and said:

All over the country, exciting progress is being made in the area of embryonic stem cell research. At the University of Illinois, they’re finding that stem cells have the potential to treat blood disorders, lung diseases, and heart damage. . .

without so much as even nodding to the fact that adult and amniotic fluid stem cells are not potentially treating these problems . . . but in fact, already are. Thankfully, President Bush was not impressed.

In his own bid for the Oval Office, 2008, Mr. Obama reaffirms his commitment to federal funding for embryonic stem cell research:

“This is about a commitment to medical research, under strict federal guidelines. … [We must] expand the current policy on embryonic stem cell research so that we can begin finding the cures of tomorrow today.”

Change? Folks, this isn’t pocket change. We are talking billions of dollars to be spent on research that is morally reprehensible to many Americans.

Fact: Mr. Obama opposed the Born Alive Infant Protection Act – a stance that put him even left-field of NARAL. Scary.

On top of all that he now states that his “biggest mistake” was agreeing to the federal law that tried to save Terri Schiavo’s life (Wesley Smith has more).

There is no doubt that anyone who cares about having any hope of ever seeing a culture of life cannot vote for this man so disturbingly committed to the culture of death.

For more on Obama and the Infant Protection Act, see my previous posts:
Previous post:
Obama and Infanticide
Barack’s Disturbing Defense of Infanticide