Yesterday morning I testified at a MO House committee hearing in favor of a bill placing pro-life protections on some life science research grants (so that the money cannot go toward human cloning/ESCR). During testimony, two cloning advocates spoke up in opposition to the bill – one a major cloning lobbyist for Washington University near St. Louis. 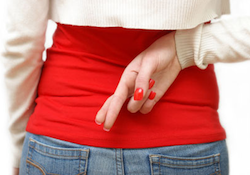 That two cloning advocates spoke out against a bill that would prohibit state money from being spent on cloning research is not really a big surprise. What was a surprise, to me anyway, is that they both decried the legislation by essentially admitting that “Amendment 2” (which made cloning/ESCR a constitutional right in the State of Missouri) made it unconstitutional for the Missouri legislature to exclude cloning/ESCR from state funding (See sect. 5) – something they vehemently denied during the Amendment 2 campaign. Liars.

Publicly getting back into the “Amendment 2”, cloning, ESCR debate today reminded of a comment someone left here several months ago about my position on embryonic stem cell research. In essence, she told me that I needed to get over my “prejudice” and accept the “blessing” of embryonic stem cell research that may “restore some or all of your mobility in the next few years”. This is something we heard a lot during the Amendment 2 campaign – just shut up! If you don’t like ESCR, then don’t use it, but how dare you question the only thing that gives sick people hope!

I’m sorry, is it “prejudice” to say that every human life is of equal value from the moment of conception till natural death and that it’s wrong to intentionally kill an innocent human being at any stage of development, regardless of age, location, gender, race, class or creed? If so, then call me “prejudiced” any day of the week because I refuse to accept the direct killing of any innocent being, whatever the reason. All human life is sacred, from the moment of conception to natural death and intentionally destroying human life at any stage of development, no matter how noble that intention may be, greatly diminishes the value of all human life and is wrong. ESCR is no blessing. It is grossly unethical and its advancement is not progress, but a threat for man and for the world.

As for restoring my mobility, I’ll stick with the proven results that have already come from ADULT stem cells, which I pointed out in these posts: see here, here, here, here, here and here. And that’s just spinal cord injury! Adult stem cells have also had success treating: diabetes, Parkinson’s, cystic fibrosis, blindness, Alzheimer’s, lupus, sickle cell anemia, and autism – just to name a few. Most recently they have been used to treat blindness, help cure brain cancer, treat traumatic brain injury in children and build new windpipes for cancer patients. Meanwhile, ESCs can count a big, fat ZERO when it comes to treating disability and/or disease in rats, much less human beings. Even the AP recently admitted that ASCR is “Far ahead of embryonic.”

Yes, the debate is getting repetitive, but we need to keep it up!