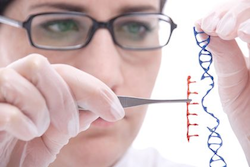 This week the Food and Drug Administration (FDA) met to discuss allowing the creation of human beings with three genetic parents to proceed to clinical trials. That is, whether to allow human “three-parent embryos” to be implanted and possibly grow to term.

There are currently two different techniques for manufacturing three-parent embryos, the purpose of which is to combat mitochondrial disease. The first, being developed at Britain’s Newcastle University, is known as pronuclear transfer (PNT) and swaps DNA between two fertilized human eggs, intentionally destroying multiple embryos in the process.

The second, which has been done by scientists in Oregon and New York and is likely what the FDA is looking at, is called maternal spindle transfer. This technique swaps material between the mother’s egg and a donor egg before fertilization.

This is not just another reproductive technology. This kind of gene therapy is genetic modification that will be inherited. So, what the FDA is really considering is whether or not to proceed with genetically engineering future generations without their consent.

On top of the fact that, like traditional IVF, the creation of new human life in this way (out of the marital embrace and in the science lab) is immoral in and of itself, there is also no telling what kind of effect this will have on the children it produces.

The science is still very new. Three parent fertility as a concept was only thought of about 14 years ago. And both of the techniques described above were only first successfully used to create human embryos less than five years ago.

The concerns don’t end there. The massive amounts of “donated” human eggs that will be needed to manufacture children in this way are worth considering. As are legal issues such as  who would be the legal parents of a child generated from genetic material obtained from multiple donors and would such a child have the right to know the identity of all his gene donors?

The FDA’s chief concern, of course, is safety and some members of their advisory committee seemed to agree that there was not sufficient evidence in animal models to suggest that it was safe to proceed in humans.

“There’s overall great concern for the well-being of these kids,” Evan Y. Snyder, the panel’s chairman, said at the meeting, summarizing some of the thoughts of the members. “I think there was a sense of the committee that at this particular point in time, there was probably not enough data either in animals or in vitro to conclusively move on to human trials … without answering a few additional questions.”

Preventing mitochondrial disease is a good and noble goal, but this is not the way to go about doing it. Allowing germ-line modification for mitochondrial replacement to proceed sets a dangerous precedent and may only be the beginning.

We are on a threshold. Will we move forward in genetically-engineering our children? This move, it is fair to say, will forever change the course of humanity.

More than 40 other countries have passed laws or signed treaties banning human genetic modifications that can be inherited. Let’s hope, in this case, at least, that the United States will not live up to her reputation of being  the “Wild West” of reproductive medicine.

This radical experimentation on children must be stopped before it gets any worse.