All Narelle Grech from Australia knew of her father was that his code name was T5, he was brown-haired and brown-eyed with O-positive blood type. “When I was a teenager, I carried that information around with me on a scrap of paper, the way other kids carried a photograph of their dad,” she said. “It was my way of keeping a link to him because I had nothing else.”

Born in 1983, Narelle started searching for her biological father fifteen years ago. That search became even more urgent when she was diagnosed her with advanced bowel cancer in 2011, a disease which doctors said might kill her within the next five years. The disease is genetic and she didn’t get it from her mother’s side. Shortly after her diagnosis, Grech has also discovered that she has eight half-siblings created with her biological father’s sperm: “Each one may be a genetic time bomb waiting to go off and it’s probable that they don’t know anything about it.”

Narelle was finally united with her biological father in February of 2013, she passed away just one month later at the age of 30. Last October Ray Tonna was a guest on an Australian talk show to discuss his experience with anonymous sperm donation. In this teaser video for the episode, he recalls what it was like meeting his daughter for the first time:

IVF advocates desperately want us to believe that biology is irrelevant when it comes to “family,” but Narelle and Ray, along with the the testimonies of countless other donor conceived children, prove otherwise. Just look at these faces. 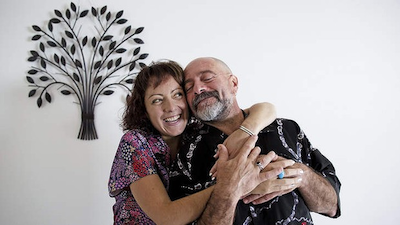 Children having half their identity deliberately withheld from them is one of my biggest IVF pet peeves. What makes it even worse is that, when they finally start seeking out their biological heritage and questioning the way they were conceived, many of them are told to “get over it” and just be thankful they’re alive.

Related:
News Flash: It’s Not Just Eggs and Sperm That You’re “Donating”
Shocker: A Biological Connection is Important to Kids, Too
Sorry, Cryokids, This is The New Normal. “Get Over It.”
A Promise Wrongly Made
Anonymous Donor Daddies: The Kids Aren’t Alright