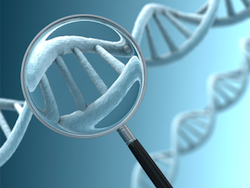 As the technology progresses, doctors are able to test unborn children for various diseases and disabilities earlier and earlier. Naturally, many pro-lifers are concerned about this because of the high-percentage of children who are killed in utero after negative test results. But condemning the genetic testing itself for the murder of these babies is a bit misguided. Dr. Gerard Nadal explains:

We live in the age of Molecular Biology, where diagnostics (including those for Down Syndrome) are becoming much more accurate, sensitive, and inexpensive. It’s a blessed thing to behold.

That may come as a surprise statement to many, but the truth of the matter is that diagnostic testing for Down Syndrome has great potential for good, especially the newer blood tests that can detect Down Syndrome earlier.

First, letting parents know much earlier takes from the more eugenic Ob/Gyn’s the leverage that comes with the more traditional (and later) amniocentesis. Women often receive those tests results within days to a couple of weeks of the legal limit for having an abortion. It doesn’t give the woman time to emotionally digest the diagnosis, leaving her vulnerable to coercive pressure from genetic counselors, doctors and family.

Next, the earlier blood tests allow more time for women to sit with their decision, and to seek out and receive alternative advice without the deadline for abortion looming large on the horizon. Contrary to arguments that say the abortion rate will skyrocket with such testing, as early term abortions are easier to have, one need only consider that research from Harvard University shows that 93% of all Ds babies diagnosed are being aborted; so there’s little margin for any skyrocketing of abortions.

The glass is half-full here.

By itself, the technology is morally neutral. This technology can alert an Obstetrician to the need for more sonograms and the need for bringing onboard a perinatologist. Some Ds babies have anomalies that require immediate surgical intervention at birth. Early diagnostics can help to determine whether the birth should be vaginal or C-section, and whether or not a surgical team needs to be on standby.

That good science can be used to very bad things, doesn’t make the science itself bad. After all, we don’t condemn the testing of people for cancer or other debilitating diseases after birth even though assisted suicide and euthanasia are becoming increasingly more common these days. I certainly understand the misgivings that people have regarding prenatal genetic testing, but let’s be clear here, the real problem is abortion and the culture of death, not the testing itself.

As Wesley Smith noted recently about this same topic: technology is not the problem. We are.