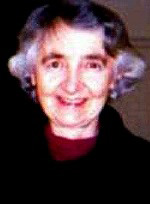 Last Friday I caught an episode of Man and Woman: A Divine Invention with Fr. Benedict Groeschel and Dr. Alice Von Hildebrand. Speaking of the female body, von Hildebrand said that it is significant to note that a woman’s sexual organs, unlike those of men, are hidden – or to use another word, veiled. In the Old Testament the veil signified the presence of something holy, sacred – for example, the veil that separated the people from the entrance of the “Holy of Holies” which housed the Ark of the Covenant.

This “veiling” of the very thing which makes one female is God’s way of saying of woman, “this belongs to Me and it requires modesty.” Modesty is not about prudishness or shame, but protecting the body from the degradation of lust. Alice then quoted her late husband, Dietrich, who once said that chastity is a “trembling reverence in front of a mystery.” Us women should have reverence for our own bodies, recognizing the handiwork of our Creator and saying, in the words of His most glorious creation, “Behold the handmaid of the Lord!” 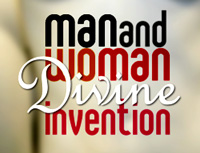 To be sure men and women are both equal in dignity in the eyes of God, nevertheless, God bestowed upon woman a special grace, bringing her closer to Himself by allowing her to participate in a unique way in His creative power. Creation is the work of God and when a woman conceives, God reaches down and touches the female body and creates a soul within her. This, says von Hildebrand, should fill us with an overwhelming sense of awe because it is the work of God.

This is why no one is an “accident” and there is no such thing as an “unwanted child”. The creation of every living soul is the result of a deliberate and conscious decision on the part of Almighty God. It is by His will that every human life comes into being and though mother and father may not “want” the child, God does.

This is also why rape and incest are not legitimate “exceptions” for abortion. Many rightly lament that children conceived under such terrible circumstances are not the product of love, but of hatred and violence. But God, who is the author of life, is love and He creates out of love. Therefore every human being, whether conceived ideally through the intimate and loving union of husband and wife or as the result of a brutal rape, is always the fruit of a Great and Glorious Love!

The very soul of a woman is meant to be maternal, the reality of which is stamped in our very bodies by our ability to conceive and nurture another human being inside ourselves. Mother Teresa had said that God’s greatest gift to women is the ability to love as a woman, to be maternal.

Finally, we now know that there is even symbolic meaning to the painful process of childbirth. In her 2005 book The Privilege of Being a Woman, von Hildebrand writes:

Just as Christ has suffered the agonizing pains of the crucifixion in order to reopen for us the gates of heaven, so the woman has received the costly privilege of suffering so that another child made to God’s image and likeness can enter into the world. (p.87)

For too long already we have failed to recognize the great dignity of femininity in our society where nothing is sacred, much less the female body. We’ve replaced sacred femininity with modern day “feminism” where women work, essentially, to become more like men. Abortion has destroyed the maternal love of women and the widespread and accepted indulgence of lust coupled with the use of contraception has lead many women to allow themselves to be objectified – used and abused for the physical gratification of another.

Woman! Recognize your dignity! Our bodies are made so clearly sacred and precious to the eyes of the Lord and should never to be subject to the lustful desires of men – or our own desires for that matter. That is why our mission, von Hildebrand writes, is to be the guardian of purity:

“When women are pure, men will respect, nay, venerate them; they will also hear the call challenging them to chastity.” (p. 90)

Man and Woman: A Divine Invention can be seen on EWTN on Friday afternoons at 2:30 p.m. ET.

Read more:
The Privelege of Being a Woman
The Princess and the Kiss – an excellent story of chastity for young girls
Mulieris Dignitatem
Alice von Hildebrand on Feminism and Femininity
Woman, God’s Masterpiece