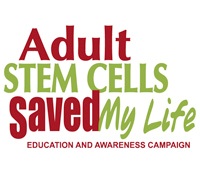 Here’s some news I haven’t brought up in a while:

Four year old Dalton Rogers, born with Cerebral Palsy, is standing without assistance and taking more steps on his own since being treated with his own stem cells.

Fifty five-year-old Bhadwan Dass, a diabetic, was close to losing his leg until he was treated with stem cells from his own bone marrow.

Finally, this month the City of Hope cancer center in Los Angeles, CA performed its 10,000th bone marrow transplant, the first in the world to reach such a milestone. This record-setting procedure was on a patient with advanced leukemia who received stem cells from an unrelated volunteer donor who was a compatible match.

Just a reminder that ASCs continue to provide ethical and successful results for patients.