When I went to our local Carmelite Monastery recently I was so pleasantly surprised to find that Mass that day was also the “veiling” ceremony for their newest, and youngest, Bride of Christ, Sr. Johanna Marie 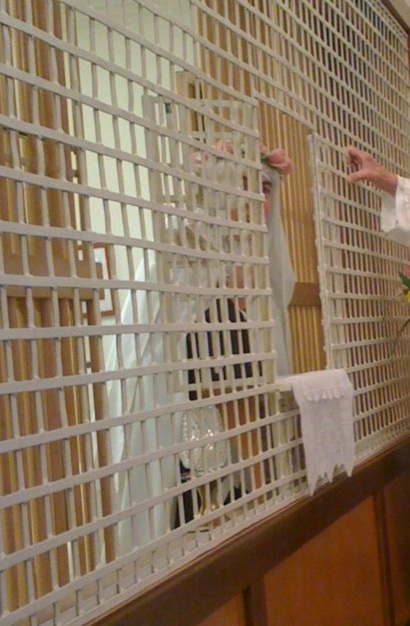 An unmarried woman or a virgin is anxious about the things of the Lord, so that she may be holy in both body and spirit. (1 Corinthians 7:34)

I don’t know about you, but here in my diocese (Jefferson City, MO) we’re hurting pretty badly for these extraordinary vocations, especially for priests. At Sunday Mass a few weeks ago our pastor informed us that our diocese includes 119 parishes and only 69 priests – the average age of whom is 63. Some blame celibacy and the indiscretions of our Church leaders for this vocations crisis. I think it has more to do with a crisis of sanctity and the “me” generation – people more concerned with pleasing themselves rather than God.

It’s easy to get discouraged, but all is not lost. For me, the veiling of Sr. Johanna was a source of great hope. There may be fewer of them these days than we would like (at least in our part of the world), but young people are still being called and, more importantly, they’re still saying YES! YIM Catholic has more signs of hope.

How many ordinations will there be this year in your diocese? We’ve got two coming up this summer, but nothing after that for quite a while. Do visit our seminarians’ blog!