Should you choose to accept it, Zachary Gappa from the Center for a Just Society has a New Year’s challenge for pro-lifers:

this new year I beg people to take some time to learn more about bioethics.

The stakes are high. Our definitions of life, death, and human dignity are up for grabs, so we must not abdicate our moral duty to be informed about such weighty matters.

Few controversial topics in our society are more important and less understood than bioethics. The average citizen doesn’t need to take a college course to be able to understand and talk about the basic questions at play today. They should seek to get a grasp on some of the more prominent practical questions at play, including stem cell developments, assisted suicide, reproductive technologies, animal rights, and the quality of life concepts in healthcare.

Many of the current trends in these scientific arenas are unsettling (some possibilities sound like dystopian fantasies), and it is our collective moral duty as a society to establish legal restrictions and moral guidelines for these trends.
…
Pro-lifers will lose the next stage of this argument unless they become more informed. The graphic abortions we have known over the past few decades will soon be largely a thing of the past, but we may be killing more unborn children than ever before. It just will be less obvious. It’s not so much the left or right that will be deciding what “life issues” will look like in the next few decades – it’s the scientific establishment. Unless, that is, the public takes steps to become more informed. 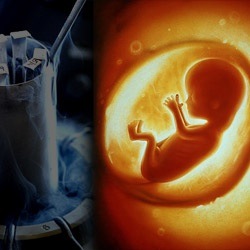 I couldn’t have said it better, myself. And I’ve been saying it a lot lately. Or trying to. Nice to hear it from a new voice for a change. I feel like a handful of us have been screaming this into a vacuum the past few years.

Gappa cites several disconcerting modern trends such as the western world’s fast-paced move towards wide-open access to assisted suicide. Or how recent developments in stem cell research point to the possibility of children one day being born from a single parent, by deriving both sperm and egg from a single man.

As I have said many times on this blog and elsewhere, pro-life 3.0 is upon us, whether we like it or not and it’s progressing fast — and largely under the radar. Human cloning. Three parent children. ONE parent children. Sure, these things sound like science fiction, but they are quickly becoming our scientific reality.

It is time to stop pretending that this is a problem for our children and grandchildren. This is our issue to tackle. Now.

The trouble with many of these bioethical issues is that they involve cutting-edge scientific developments, and it’s hard to find good science reporting from anywhere outside of journals and periodicals produced by the scientific community — and even many of those have an agenda.

Some trusted resources to bookmark: news and analysis by NRO’s Wesley J. Smith, BioEdge for helpful news, The New Atlantis for broader technology and ethics discussions, the National Catholic Bioethics Center, The Center for Bioethics and Culture Network, the Oxford Christian Bioethics journal. and, of course, Mary Meets Dolly, the blog of my good friend and BioTalk partner Rebecca Taylor.

You can also, get started on this resolution right away by catching up on old episodes of BioTalk. (I hope we will have many more for you in the coming year!)

When you hear something on the news, pull out your smartphone and spending 15 minutes trying to begin to get a handle on what is actually going on.  Then, tell others what you know, because most people don’t have a clue, and most members of the media are not actually informed enough to be a reliable help. And then let your voice be heard, publicly. In the very least, we must insist that all people, including scientists, submit to moral standards of human dignity, but without more knowledge, we won’t know when to insist.

The many positive developments for the pro-life effort in recent years, Gappa explains, is “partially the result of decades of hard work by committed conservative Christians to explain what abortion really is to their fellow citizens and argue against the practice.” Unfortunately, many of these same pro-lifers lack this same level of knowledge when it comes to more complicated and obscure bioethics issues.