This is good news: 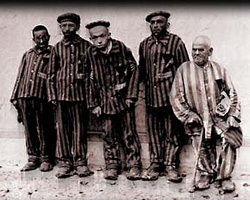 Work has begun on a memorial in Germany for the 300,000 people murdered by the Nazis for having mental and physical disabilities or chronic illnesses.

A 30m (100ft) long glass wall is being built in the centre of Berlin, near the former site of the Nazi-era office that organised the “euthanasia” programme.

In 1939, Adolf Hitler told officials that people “considered incurable” should be “granted a mercy killing”.

The programme ended officially in 1941, but continued covertly until 1945.

At first, personnel killed people by starvation and lethal injection. They later used gas chambers at killing centres in Germany and Austria.

The programme, also known as Action T4, is considered a precursor to the Holocaust, during which millions of Jews were killed.

On Monday, Germany’s State Minister for Culture, Bernd Neumann, said educating people about the Nazis’ crimes and honouring their victims remained an obligation for the country.

When he announced the plan on Monday, Germany’s State Minister for Culture, Bernd Neumann, said educating people about the Nazis’ crimes and honouring their victims remained an obligation for the country. Good. Because as much as we condemn the Holocaust it doesn’t appear that we have learned learned a whole lot from it.

Believe it or not, I’ve actually talked to people who think that the Holocaust was just about the extermination of the Jews. As physician assisted suicide of the terminally ill and disabled becomes increasingly more commonly accepted — and practiced — in our country and throughout the world, this is the part of the holocaust that people need much more education on.