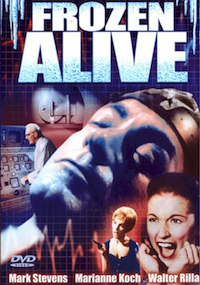 The first line of this article on IVF in Canada makes my heart break and my blood boil:

Tens of thousands of human embryos hang in cold storage in Canada’s fertility clinics, an unknown number of which are “orphans.”

Tens of thousands of tiny human beings, frozen in time. It’s outrage!! And it seems that our neighbors to the North are trying to figure out the best way to ‘get rid of’ all these frozen ‘orphans’. For many, embryo donation to other couples struggling with infertility seems like the most humane answer to this sticky ethical situation. Several hospitals and fertility clinics have in place or are working on embryo adoption programs. But, according to this article, that raises even more ethical concerns, specifically about the rights of the children who would be born of genetically unrelated parents – should they be able to have access to information about their biological “parents”.

Gee. So nice of them to finally think about the rights of the children they are manufacturing. Too bad they didn’t consider that before all these tiny human beings were made in the first place!

The Catholic Church has opposed IVF from the outset and has never wavered in her opposition, despite the thousands of souls who walk the earth today because of IVF. And I think news like this and these stories that Rebecca Taylor pointed out last week, show the wisdom of the Church in this regard. Sure, it’s nice that people have a desire to create life and not destroy it, but I would venture to guess that the number of lives lost, destroyed or ‘frozen in time’ probably outweighs the number of human beings actually living outside the petri dish or womb as a result of this technology. For example: this woman had six embryos implanted in her womb (at the age of 58!!) and only gave birth to two after purposely killing one of the three that attached themselves after implantation. Even then, the two who were lucky enough to survive implantation and avoid abortion almost died shortly after they were born premature with underdeveloped lungs.

“Laboratory glassware is not the way new human members of our family should enter the world…A human being has the right to be conceived under his or her mother’s heart.” –Fr. Tad Pacholczyk

Taking the creation of life out of the womb and moving it into the science lab has seriously altered how we view the wonder and mystery of new life and how that new life should be treated. It has turned the creation of human life from a gift of God to a gift of science to the extent that people will go to great lengths to manufacture life according to their own specifications and then kill that life when the specs are not met.

“The tragedy is that “human rights” have not always meant “equal rights”. The good gifts of the Creator are spoiled by human selfishness. The rights God gave to all human beings equally, easily degenerate into my rights on which I insist, irrespective of the rights of others or of the common good.” — John Stott

If that doesn’t perfectly describe IVF, I don’t know what does. If it’s not clear as day to you by now, it should be: IVF is rarely, if ever, really about what is good and right for the children, but satisfying the immediate desires of adults who, for the most part, legitimately feel the pain of infertility, but falsely believe that they have some right to bear children.