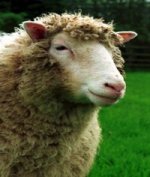 “What really took place is that the stem-cell debate replaced the cloning debate,” says Caplan. “Because there was — and is — a tremendous interest in trying to clone embryos, not people.”

The South Korean scandal of Seoul National University’s Woo Suk Hwang, whose claims to have derived stem-cell lines from cloned human embryos were proved to be fraudulent in 2006, generated plenty of bad press for the field. But there are signs that the new debate is taking a different course from that on reproductive cloning because of the potential of stem-cell research to improve human health.

In the United States, for example, opposition to cloning babies has remained firm through a decade of polling, at about 90%, but polls in recent years have shown that 60–70% of the public supports research using stem cells obtained from discarded embryos in fertility clinics.

“As people learn about the possibilities for new approaches to disease, they see the embryonic stem-cell issue in a different framework,” says Jonathan Moreno, a bioethicist at the University of Pennsylvania, who co-chaired a committee that crafted 2005 research guidelines for the US National Academies. “They see it as medical research that could help them or their families.”

VOILA! Start promissing the public cures for every known disability and disease and human cloning, once an unthinkable possibility, easily becomes acceptable science. In order for us to see the value of human life from its very beginning we have to be willing to look past the pain and suffering of this life. The desire to end disease and affliction is always good, but it must not come at the cost of innocent human life.

Check out Wesley Smith’s recent post: The Stampede of the Cloning Herd