Unlike doctor-prescribed suicide laws here in the states (specifically, Oregon, Washington and Vermont) that are theoretically limited to those with terminal illness, the Canadian ruling allows anyone who “has a grievous and irremediable medical condition (including an illness, disease or disability) that causes enduring suffering that is intolerable to the individual in the circumstances of his or her condition.”

As it stands right now, the ruling only applies to “a competent adult person who . . . clearly consents to the termination of life,” but the court hinted that it may later hold that surrogates have the right to kill people with disabilities who cannot speak for themselves, even if they have never asked to die. 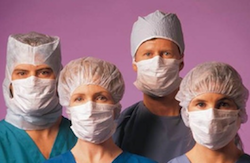 I like my friend Mark Pickup’s (himself a Canadian) idea. Citing the heroic example of Dutch doctors in Nazi occupied Holland, he says:

Canadian doctors of various faiths must stand together, use the courageous example of Dutch doctors during the Second World War, and refuse to participate in doctor assisted death killing. Steadfastly refuse to go along with the Canadian Supreme Court’s odious decision to open wide the gates of assisted suicide and euthanasia.

Refuse to support the CMA’s softening position. Refuse to engage in assisted suicide or even be complicit by referring patients. Advocate and militate within medical circles against the obvious implications of the Supreme Court’s horrible decision. Exercise conscience rights now and more when they are taken away.

Stand resolute against euthanasia and physician assisted suicide. Refuse to cooperate or comply! God will be with you.

This may be your greatest witness for the value of human life! Post modernism of the 21st Century and its consuming god of nihilism and personal autonomy at the expense of interdependent community. Its god breeds pestilences of hopelessness, despair and death in every society it infects.

“Death with dignity” is hailed as an exercise in personal autonomy, but the people claiming this “right” do not act alone. They require assistance — a coarsening of some other person’s conscience.

I don’t have the right to ask or demand something that may hurt others.

There is a reason why most doctors oppose “physician assisted suicide” (more accurately described as “doctor prescribed suicide”). Their job is to heal, not kill.

Death is never medicine, no matter how permanent the diagnosis or how much pain the patient is in.

We need good doctors to stand up and take back medicine from the grip of death — not just in Canada, but everywhere these laws are being forced upon them by courts, legislatures, etc…!

To all you med students out there, you who are the future of health care, I implore you: learn and practice the good medicine! Do not give in to the moral relativism of our day. Killing is not care, no matter who you’re killing or what reason you have for killing them.