On Tuesday Governor Jerry Brown of California surprisingly vetoed a bill that would have permitted biotech companies to buy eggs from women for scientific research. The Center for Bioethics and Culture released the following statement: 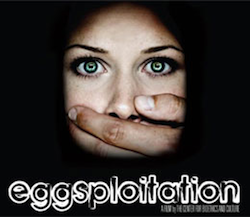 We applaud California Governor Jerry Brown for his leadership in vetoing AB 926 yesterday. This bill would have allowed women in California to be paid to sell their eggs for scientific research.

Jennifer Lahl, president of the Center for Bioethics and Culture (CBC), who testified in Sacramento on the bill said, “The CBC has worked tirelessly to oppose egg ‘donation’ for ten years now. As we are based in California, this veto is especially encouraging to us. We commend the Governor for his leadership on this bill.”

The Governor’s veto letter is a strong statement about the unknown health risks to young women and the fact that financial compensation only compounds the problem. He acknowledged the unanimous prohibition of this practice six years ago by the California legislature and stated he saw no reason to change the current law.

We encourage you to send a note of thanks to the Governor and thank him for this important victory.

Pay attention, ladies. Biotechnology is a “woman’s issue” if there ever was one.

The cloning/embryonic stem cell research industry is dependent on women putting their bodies on the line in order to obtain the “raw materials” needed for their experimentation. The same thing can also be said of the rich and politically powerful fertility industry. In fact, the Center for Bioethics and Culture recently filmed a documentary all about how this industry exploits women, treating them as banks of harvestable biological material and often not fully disclosing the risks involved with the process.