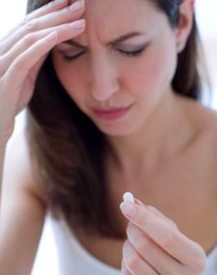 Well, this has been a bit of an eye-opener for me. Many of you may have heard that bishops in Germany approved use of the “Morning After pill” (MAP) to treat victims of rape. Swiss bishops recently made a similar announcement recently. Naturally, many pro-lifers and faithful Catholics — myself included — were wondering what, exactly, these bishops were thinking since the MAP, perhaps more than any other form of birth control pill, is a known abortifacient.

Many thanks to Abram Muenzberg who was the first to shed some light on this issue for me and gracious enough to write an article explaining it to our readers at Catholic Lane what’s missing from our conversation about the morning after pill. After first explaining that the MAP has two basic functions — preventing ovulation (which you don’t hear a lot about in most criticisms of the bishops decision) as well as preventing implantation — he explains:

the rapist has no right to have his sperm fertilize the eggs. To use the language of Bl. John Paul II’s Theology of the Body and Pope Paul VI’s Humanae Vitae, the marital act has already been negated by the removal of any unitive meaning in the case of rape and does not require, for that reason, an openness to procreation. Therefore, contracepting by preventing ovulation is not a sin against purity or the Sacrament of Matrimony.

MAPs are never acceptable once a woman has ovulated, because of its abortifacient effects. If we can establish that a rape victim has not yet ovulated, an MAP can be acceptably and licitly used to prevent conception.

He goes on to explain the “proper procedure” for administering the MAP. Specifically, according to the National Catholic Bioethics Center, these conditions must be met:

The NCBC has also weighed in on this recently with two posts on their blog this week: There is No Inconsistency: An NCBC Ethicist Addresses the Emergency Contraception Debate and Read it!

In light of this fuller understanding of the bishops’ position, I think I’m with Stacy Trasancos (who also enlightened me to the fact that the policy enacted by the German and Swiss bishops is actually the same policy that the USCCB has held for years, now) here. On one hand, the bishops seem to be correct in theory and they certainly should not be condemned for trying to do something to help victims of rape. On the other hand, however, this theory leaves a bit to be desired in practice. Assuming you get a Catholic hospital to follow the “proper procedure” (which we know they don’t always in other ethical situations) accurately determining whether or not a woman has ovulated yet in a single visit to the emergency room is easier said than done. Thus there is almost always the risk of induced abortion.