This didn’t get a whole lot of press, but it certainly caught my attention. While courting pro-life Christians in Florida on Sunday, Newt Gingrich said that he would ban all embryonic stem cell (ESC) research – even research on ‘left-over’ embryos from IVF labs – and take a serious look at the way fertility clinics are managed. From the Christian Post: 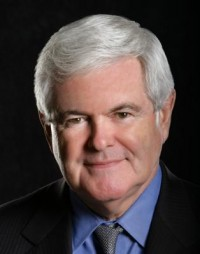 Former House speaker Newt Gingrich, who is campaigning for votes in Tuesday’s Florida primary, said he would ban all embryonic stem cell research and called for a commission to study the ethics of in vitro fertilization.

“I believe life begins at conception,” the Republican presidential hopeful stressed Sunday at a news conference outside a Baptist church in Lutz, Fla.

“The question I was raising was what happens to embryos in fertility clinics,” Gingrich added, referring to the remarks he made a day earlier at another Baptist church in Winter Park, that embryonic stem-cell research amounts to “the use of science to desensitize society over the killing of babies.”

Gingrich’s proposal was seen as an attempt to woo evangelical voters and gain an edge over former Mass. Gov. Mitt Romney, his biggest opponent in Florida.

Gingrich went on to say he was in favor of a commission to “look seriously” at the ethics of how fertility clinics are managed. “If you have in vitro fertilization, you are creating life; therefore, we should look seriously at what the rules should be for clinics that are doing that, because they are creating life,” The Associated Press quoted him as saying outside Exciting Idlewild Baptist Church.

Gingrich, who vocally supported federally funded research about a decade ago, said he was also against the use of leftover embryos for stem cell research.

This is a pretty big departure from his previous position in favor of at least some ESC research, so I’m taking what he says with a very fine grain of salt. Nevertheless, it’s refreshing talk to hear. Quite frankly, I wish more pro-life politicians would talk about the need to ban this research completely instead of only focusing on the funding aspect of it – which seems to be where the battle is at right now. But, no. Over here it’s considered “extreme” and even unreasonable to suggest making the use of human embryos for medical research illegal, meanwhile the practice is banned in other countries that are far more progressive than the United States.

Kudos to Newt for also taking on the grossly under-regulated fertility industry, which, among other things, creates so many surplus embryos per IVF cycle that we end up with tens of thousands of tiny human beings perpetually held in cold storage. A big reason why ESC research is even a question today.

Related: Rebecca Taylor has some recent comments from Newt on Transhumanism.