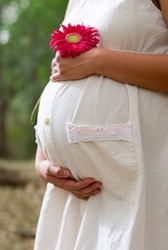 New scientist recently did a story on whether or not women should put off “trying” again after a miscarriage:

HOW long should a woman who has had a miscarriage wait before trying to conceive again? The World Health Organization suggests six months, but it seems women might be better off trying again as soon as they want to.

The WHO guidance is based on a South American study that found more adverse outcomes in women who conceive early. Now Sohinee Bhattacharya at the University of Aberdeen, UK, and colleagues have analysed Scottish hospital records of 30,000 women who miscarried between 1981 and 2000. Those who became pregnant again within six months were less likely to experience another miscarriage or an ectopic pregnancy than those who waited more than six months (BMJ, DOI: 10.1136/bmj.c3967). The new study suggests there is no physiological reason to delay pregnancy after miscarriage, says Bhattacharya.

Sounds encouraging. But, what if the miscarriages persist? This can be a heartbreaking thing for women to experience over and over…and over and over again. 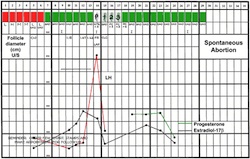 It might surprise some people to know that the modern method of charting a woman’s cycle is not just for the purpose of natural family planning (by that I mean avoiding pregnancy, spacing out births, etc…), but it also helps identify and effectively treat many female medical problems, including Recurrent Spontaneous Abortion or miscarriage. Together with the application of NaProTechnology, women have successfully used the Creighton Model FertilityCare™ System to achieve and maintain pregnancy after suffering multiple miscarriages. Charting her cycle before during and after miscarriage can help identify the underlying causes that are often overlooked and allow the NPT doctor to appropriately treat them.

For those skeptical of this kind of women’s health science you can take a look at peer-reviewed and academic literature that supports NaProTECHNOLOGY and the scientific foundations of the CrMS System as well as read the personal testimonies of “Women Healed”.

Other uses for NaProTechnology include:
Infertility
Male Infertility
Post Partum Depression
even PMS! and more…

Find out more at http://www.naprotechnology.com