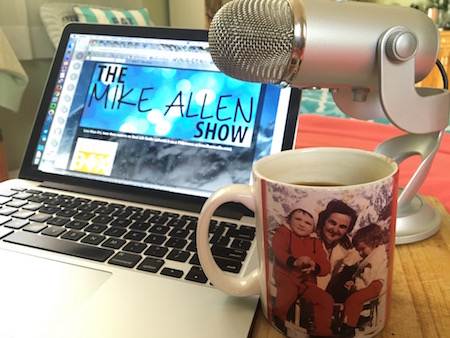 St. Gianna, patron saint of physicians, pray for us!

This morning I was on the Mike Allen Show discussing Canada’s assisted suicide legislation and the real, documented slippery slope of making death acceptable “treatment” for pain and suffering. (I start about 15 minutes in.)

It wasn’t my finest performance, especially toward the end. And as always, we don’t always get to everything we plan to cover.

One of the things I wanted to bring up was the possibility that we could see ourselves in a similar situation as Canada here in the United States — depending on how the current Supreme Court vacancy turns out.

I was not aware that the SCOTUS took up an assisted suicide case in 1997: Washington v. Glucksberg. The justices unanimously rejected the claim that there was a constitutional “right” to assist suicide, but left a sort of open-ended invitation to bring a case in the future.

See: A changing Supreme Court: the legalization of euthanasia could hang in the balance

Despite the movement for physician assisted suicide gaining momentum throughout the country, it still largely continues to be defeated in State legislatures and courts. If pro-euthanasia advocates see an opportunity to bypass the slow and steady approach in the states and take it directly to a suicide-friendly Supreme Court, you can bet they’ll take it.