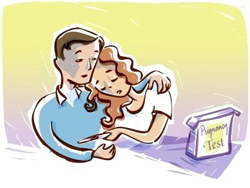 After the death of Robert Edwards, one of the British doctors who perfected in-vitro fertilization (IVF), earlier this year, Miriam Zoll took a look at the legacy of third party reproduction, specifically the often over-looked numbers of failed treatments associated with these invasive technologies.

In 2012, according to the European Society of Embryology and Reproduction, 1.5 million ART cycles were conducted globally and 1.1 million failed (76.7 percent). In 2010 in the United States, data from the Centers for Disease Control indicate that 150,000 cycles were performed and 103,000 failed (68.6 percent). While the minority of grateful patients who do become parents celebrate Edwards’ legacy, the severe trauma of those fragile-hearted millions who experienced failed treatments, miscarriages, still births or emptied ovaries too often slip unnoticed into the mists of unrecorded history.

Reproductive medicine is still a young science. Many women signing up for treatments do not realize until later the extent to which they are participating in a vast experiment, where evidence-based medicine has yet to establish a reasonable foothold. Few, if any, longitudinal studies have been conducted to determine the health risks of women undergoing treatments and the babies born from them.

Babies conceived through IVF who are lucky enough to survive to birth have a much higher risk of developing genetic diseases and chromosomal abnormalities. As for the women, Zoll notes that risks include elevated rates of preeclampsia and blood clotting as well as ovarian, endometrial and breast cancers. Then there are the sometimes extremely debilitating mental disorders when treatments fail, as they often do, especially for older women.

Many women who delay motherhood are often depending on fertility treatments as a safety net for building a family later in life. Most wholeheartedly believe––and the mainstream media and popular culture confirm their beliefs with premature optimism––that they will easily become pregnant after their first IVF treatment, or that the eggs they freeze for $18,000 at age 35 will mingle with sperm at 45 and blossom into a healthy baby. The fact is, roughly only 1,000 babies have been born through the new egg freezing technology known as vitrification––and mostly to mothers younger than 30. There is virtually no medical evidence supporting the notion that women in their thirties and forties will have any success at all with this costly intervention, or that the babies born from it will be healthy.

The baby-making industry is a multi-billion dollar global market that makes many people very rich at the exploitation of others. This includes not only the men and women who are used as hardware stores for spare baby-making parts, but also vulnerable couples who, feeling the pain of infertility, are fed myths about the wonders of modern reproductive science.

Miriam Zoll is the author of the new book Cracked Open: Liberty, Fertility and the Pursuit of High Tech Babies.