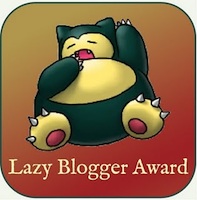 One of these days I will become a more diligent blogger. In the meantime, here are a few things that I’ve been keeping open in my browsers lately that I’ve been wanting to talk about here in my own little corner of the world wide web, but have been too lazy to get around to.

1. Nuns Must Have Birth Control Coverage — As I’m sure most of you have heard already, last week the Obama administration proposed new rules for the HHS Mandate to supposedly give greater protections to organizations opposed to contraception. Not only does this not do what it supposedly intended to do, but Wesley Smith notes that it may have actually made the mandate worse than it was originally.

2. New IVF technique giving women better outcomes — by “better outcomes,” they mean fewer children born with Down syndrome. This is achieved through a new technique that can better tell which embryos are “normal” and which ones have chromosomes missing and only implanting the one, single healthy embryo. So, it’s not that fewer children with Down syndrome will be created, it’s that even more of them won’t be allowed to see the light of day. This, my friends is why it has been said that IVF is the “younger sister” of eugenics.

3. Sex Trafficking at the Super Bowl — way to go a-holes. Just as learning about what goes on in the Village tainted my view of the Olympics as a whole, this information will make me never see the Super Bowl the same again.

4. A few weeks ago, tuned in while Jennifer Lahl was a guest on The Justice Hour with Lisa Macci talking about IVF, embryonic stem cell research and savior siblings. That episode isn’t archived on the site yet, but you can listen to a previous episode in which she talked about surrogacy, egg donation and the virtually unpublicized exploitation of women involved in these industries.

5. Prolific surrogate mother pregnant again — with twins — I don’t know about you, but these are the women that came to my mind when a new study came out recently showing children’s cells living in the brain’s of their mothers long after birth. Gestational surrogates are often treated as little more than an easy bake ovens with no legal rights to the cupcake But, pregnancy is not simply being a human incubator for nine months, it affects a woman’s entire body, both physically and emotionally, before and after birth.

6. Some of you may remember the “pregnant-man-who-wasn’t-really-a-man” story from a few years ago. Well now, after giving birth to two more children, Thomas Beatie and his wife want to get divorced — and, despite the fact that Beatie has finally completed his gender reassignment, the judge in the case is struggling to make sense of the situation. Was Thomas really a man when they got married? Is it a gay marriage? How should he proceed?

Alliance Defense Fund’s Jim Campbell said it well, “Sadly, the deep confusion created by these two women, and the biological father who helped conceive the children, is just a symptom of much greater societal problems.”

7. “Reproductive Rights” Run Amuck — in case you missed it the first time around, I’ve published my article for HLI’s Truth and Charity Forum over at Catholic Lane.

8. Finally: Adding a Stich in the Seamless Garment of Life — I love where Sr. Theresa goes with this article.

If we stop to think about life issues, it is shocking how delicately each issue is woven into another. When one suffers, they all suffer. Slowly but surely the “seamless garment” of life in our culture is being torn apart.
…
Anytime we love others with the extravagant, unconditional love, that mirrors God’s love, we are putting another stitch in the seamless garment of life, and bolstering the fabric of human dignity. We do this simply by showing others how important they are and how precious their life is. Loving others is one of the most important aspects of truly respecting life – one that we all manage to neglect quite often