For the last 10 years at least we have been consistently told that embryonic stem cells are the greatest and even the only hope for cell based therapies and cures. This is what voters were promised when they approved spending billions of State dollars on cloning/ESC research in California and amended the Constitution in Missouri to protect the right of scientists to create, clone and destroy human embryos for scientific research. 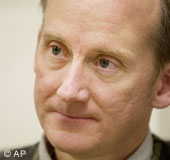 So what does embryologist James Thompson, who isolated the first ESCs, think about the belief that ESC research will one day lead to cell based therapies and cures? In a Q and A with Forbes he says:

I do think there will be some niches where transplantation is important, but I think people are grossly underestimating how hard it is going to be for most diseases. I think there is some low-hanging fruit people can go after, but for things like neurological disease, it’s just so hard to get things reconnected. It’s so much better to understand why cells are dying and to prevent it…

It just captures the imagination, the whole idea that you could just make a new part, and it is very seductive

In other words, it’s really just a fantasy.

And there you have it, folks. Another researcher comes out admitting that research using human embryos isn’t likely to yield the dramatic cures that have been promised for the better part of the last 10 years.

But, if it’s not going to lead to transplantation therapies and cures as we’ve all been promised, then what is the real future and promise of ESC research?

I really believe personally that the value of these cells is not in transplantation. It’s hard to predict the future, but my guess is 20 years from now if you look backwards, 90% of the value of these cells will be in things that don’t make the front pages. It will be things like drug screening, which is kind of boring, but it does get drugs to market that are safer and faster…

These cells suddenly give us access to all the bits of the human body we’ve never had access to. That’s going to lead to understanding why certain cells are dying, and more traditional therapies are likely to prevent them from dying. Parkinson’s, if you can diagnose somebody early in the course of that disease and arrest it, that’s as good as a cure. And that I think is fairly probable.

So instead of using human embryos as crops for harvesting stem cells, Thompson suggests that they’ll be used more effectively as human guinea pigs for drug testing and monitoring the early development different diseases. I suspect this was the intent of such research all along, they just needed a better marketing strategy for promoting the use of human embryos for research and CURES! CURES! CURES! proved to be more effective at winning the public over than just drug testing. Neither end, however, justifies the use of human life as an instrument of scientific experimentation.

Previous posts
“It May Not Deliver Therapy for Anything”
“Cloning Benefits Oversold”
Goodbye Dolly!