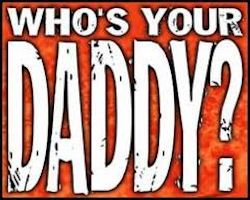 desires of adults over the best interest of children. Latest case in point: this week, the New York Times reported that the grossly under-regulated and greedy fertility industry has been allowing dozens of women to use the sperm of the same donor. At least one man has fathered more than one hundred offspring through his sperm donation. 150, to be exact – that they know of – and he may not be the only one. The result is hundreds of half-siblings who not only don’t know anything about their biological father, but don’t know each other, which could cause some awkward social situations:

Now, there is growing concern among parents, donors and medical experts about potential negative consequences of having so many children fathered by the same donors, including the possibility that genes for rare diseases could be spread more widely through the population. Some experts are even calling attention to the increased odds of accidental incest between half sisters and half brothers, who often live close to one another.

“My daughter knows her donor’s number for this very reason,” said the mother of a teenager conceived via sperm donation in California who asked that her name be withheld to protect her daughter’s privacy. “She’s been in school with numerous kids who were born through donors. She’s had crushes on boys who are donor children. It’s become part of sex education” for her.

Oh, sure, now they’re concerned about the children they’ve been manufacturing. Where was this concern when the science was in its infancy? Why did no one stop to consider the fact that just because something can be done, doesn’t mean that it should be done???

But, wait. Someone did: The Catholic Church. From the outset she has opposed third-party reproduction chiefly because it infringes upon the rights of the child, namely, his right to be “born of a father and mother known to him and bound to each other by marriage” (emphasis mine). The Church’s position here is wildly unpopular, but I think stories like this one only prove her wisdom in this regard.

Whether dozens of them are sharing the same donor dad or not, donor conceived kids aren’t all right. One study by the Commission on Parenthood’s Future, “My Daddy’s Not My Donor,” surveyed 485 donor offspring and concluded they were more troubled and depression-prone than other young adults. Today thousands of donor-conceived people are growing up not knowing who they belong to, where they came from, or who they look like and they’re demanding answers to the most basic questions about their origins, their lives, and their identities. They’re also making their voices heard.

In 2006, Katrina Clark wrote an op-ed for the Washington Post describing the anger and hurt she felt about having an anonymous sperm donor for a father and calling out the hypocrisy of parents and medical professionals for assuming that biological roots won’t matter to the “products” of the cryobanks’ service, when the longing for a biological relationship is what brings customers to those banks in the first place. More recently, several others have leant their voices to a new documentary by the The Center for Bioethics and Culture raising awareness about the effect that anonymous sperm donation has on the children it produces.

Back to the Catholic Church. Because of her opposition to third-party reproduction, many have accused the Church of being anti-science and insensitive to those who suffer the pain of infertility. But actually, the Church has helped develop very effective reproductive medicine that also respects the rights of every human being. Prompted by the challenges in Pope Paul VI’s 1968 letter Humanae Vitae, Dr. Thomas Hilgers began scientific research in the applications of natural fertility regulation and opened the Pope Paul VI Institute for the Study of Human Reproduction in 1985 to answer the call for reproductive health care that fully respects life. The Institute has since networked a natural system of fertility regulation—the Creighton Model FertilityCare System (CrMS)—with a women’s health science—NaProTechnology that can and has helped women successfully achieve and maintain pregnancy without having to resort to manufacturing their children in a petri dishes or inject themselves with a stranger’s sperm. Using this technology, couples still respect and cooperate with His divine plan for the creation of human life rather than taking the matters of life in their own hands and forcing God to cooperate with them. NaProTECHNOLOGY can be used to treat male infertility as well as female and the problem of recurrent miscarriage.

For those skeptical of this kind of women’s health science, you can take a look at peer-reviewed and academic literature that supports NaProTECHNOLOGY and the scientific foundations of the CrMS System as well as read the personal testimonies of “Women Healed“.

Related:
IVF, Frozen ‘Orphans’ and the Wisdom of the Church
Story of “Selective Reduction” Illustrates the Church’s Teaching on IVF