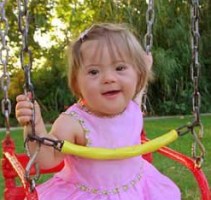 The National Catholic Register has an article about the Society of Obstetricians and Gynecologists of Canada’s recommendation that all pregnant women be tested for “chromosomal abnormality.” This is their equivalence to the American OBGYN’s similar suggestion, only the Americans specifically mentioned “Down Syndrome” as the target. The article’s line that pro-life groups say, “it is hostile to people with Down in particular and physically or mentally challenged persons generally” reminded me of a post that Wesley Smith had a few weeks ago called “That Nazi Thing.” In it he quotes from Dr. Leo Alexander’s famous article “Medical Science Under Dictatorship.” It was published in the New England Journal of Medicine on July 14, 1949 and discussed the medical foundation of the Nazi Holocaust and what motivated physicians to judge that there is “such a thing as life not worthy to be lived.”

He said that the crimes “started from small beginnings. The beginnings at first were merely a subtle shift in emphasis in the basic attitude of the physicians. It started with the lacceptance of the attitude, basic in the euthanasia movement, that there is such a thing as life not worthy to be lived.” It began with the chronically ill and severely handicapped and grew to eventually include all non-Germans.

He also gave a warning based on the culture of American medicine in 1949:

“In an increasingly utilitarian society these patients [with chronic diseases] are being looked down upon with increasing definiteness as unwanted ballast. A certain amount of rather open contempt for the people who cannot be rehabilitated with present knowledge has developed. This is probably due to a good deal of unconscious hostility, because these people for whom there seem to be no effective remedies, have become a threat to newly acquired delusions of omnipotence… At this point, Americans should remember that the enormity of the euthanasia movement is present in their own midst.”

Indeed we are seeing this trend in America as we speak, especially with the Euthenasia or “right-to-die” movement for chronically ill and elderly patients. Now American OBGYNs want to give parents the option to abort a child that may have Down Syndrome even though these people can become productive members of society and bring joy and love to those they meet:

Dale Froese, an adult with Down syndrome, told the Calgary press conference, “It hurts to think that one day any group of people might be eliminated from the human race. People with Down syndrome are doing great things today. Some of us are married, go to university, have important jobs and have family and friends who depend on us.”

We may be only talking about aborting disabled infants in-utero, but that has the potential to lead to the type of infanticide we see discussed in Europe with doctors wanting to kill severely handicapped babies. And as the euthanasia movement expands the physically and mentally handicapped will join the elderly and terminally ill as suitable candidates. Americans with disabilities are still looked down upon despite all the strides we have made to welcome them into society. The push for cloning and ESC research is made with the idea that people who suffer terrible diseases and disabilities need to be cured in order to have a greater “quality of life,” to have lives more worth living – as if merely being human and being alive isn’t enough. 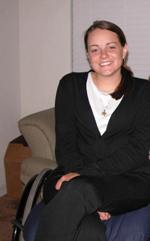 At the Senate Judiciary hearing for a bill to ban cloning two years ago in Missouri, I vividly remember a man who was testifying, who had, himself, spent time in a wheelchair, point a finger back at me as someone whose “quality of life” has been diminished because I am forced to live life in a wheelchair. I was shocked and outraged. I am a human being! I wanted to shout. My quality of life does not depend on my ability to walk! I am a daughter, a sister, a friend and, God willing, will someday be a wife and a mother. I laugh at jokes and cry at happy endings. I am a hopeless romantic but I love war movies. I like to listen to movie soundtracks on my i-pod at home, but rock n roll (specifically the Beatles and Led Zeppelin) in my car. My greatest desire is to love and serve my God and my neighbor. And I am not “forced” to live my life in a wheelchair. I embrace my wheelchair, as Christ embraced His cross because I know that as a child of God I am made in His image and likeness and my life has meaning.

Life itself, even a life of suffering, should be cherished as a gift from God, for we know that our sufferings will not last forever. “Behold, the dwelling of God is with men. He will dwell with them, and they shall be his people, and God himself will be with them; he will wipe away every tear from their eyes, and death shall be no more, neither shall there be mourning nor crying nor pain any more, for the former things have passed away.” (Rev. 21: 3-4)