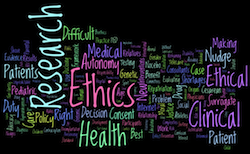 The Center for Bioethics and Culture Network has compiled their list for the “Winners and Losers” in bioethics for 2014.

Kathleen Sloan, board member for the National Organization for Women and a regular consultant for the CBC. Human biotechnology creates strange bedfellows. Although Sloan is a committed abortion rights advocate, she has also lent her voice to campaigns opposing human cloning and, most recently, surrogacy and third party reproduction.

Manuel Valls, Prime Minister of France, who spoke out strongly against surrogacy, stating it “is and will be banned in France” because it is “an intolerable commercialization of human beings and commodification of women’s bodies.”

The Swedish Women’s Lobby for responding to the Swedish government’s consideration of surrogacy with an important campaign called, Feminists No to Surrogate Motherhood to protect against the exploitation of women and their bodies.

Maggie Karner, a wife and mother of three who was diagnosed with the terminal brain cancer, glioblastoma, has chosen to die naturally rather than invoking a ‘right to die’ as Brittany Maynard did.

Uterine Transplants: not all progress is good, and in this case there are still many safety and ethical factors to worry about.

The New Jersey state Assembly, which passed a “death with dignity” law. If it is signed into law, New Jersey will be the fourth state to permit assisted suicide.

Three-parent embryo technology: Despite warnings that there are too many safety concerns to allow this technique to move forward in human trials, Britain’s department of health and our own FDA continue to consider implementing the idea.

And celebrities Jimmy Fallon with his wife Nancy Juvonen, and Bryan Singer. Fallon and his wife welcomed their second child via surrogacy this year, and Singer announced that his “best friend,” actress Michelle Clunie, will serve as a surrogate so that he can have a child.

Other people and things I would add to this list:

1. Maggie Karner wasn’t the only person with a similar diagnosis who desperately reached out to Brittany Maynard, hoping to show her a better way. Other “winners” at life in the face of death included: Kara Tippetts, Raleigh seminarian Philip Johnson, Nadin Naumann and her terminally ill mother, Christina Sand. 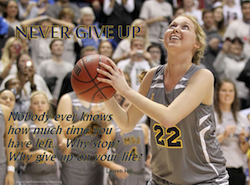 And then, of course, there was 19 year old Lauren Hill, who chose to spend her remaining months raising awareness about her rare disease — and fulfilling her dream of being a starter for her college basketball team.

Hill didn’t reach out to Maynard like the others, to my knowledge, but her story made headlines around the same time and she was a refreshing contrast.

2. To call Maynard, herself, a “loser” would be cruel. But I think it’s fair to say that the reaction by the general public — especially the media — to her suicide was disappointing, to say the least.

I never commented on the Britany Maynard situation at the time here because, well, every time I sat down to write about it, I couldn’t decide where to even begin.

On the one hand, it was a tragic story about a woman in an impossible situation to relate to making a  personal decision about her end of life “care” (if you can call it that). But it was also about much more than Maynard, herself.

Thanks in large part to the vultures exploiting her tragedy for their own purposes, she became a new, compelling spokeswoman for suicide. And the widespread support that was given to her, her ‘choice’ and her message is truly terrifying.

You know, it wasn’t that long before Maynard’s death that we were all mourning the ‘tragic’ suicide of a famous movie actor and collectively advocating suicide ‘awareness’ and ‘prevention’ for those suffering from mental illness.

Why does our tune change for the physically sick and disabled? Then, instead of calling for suicide prevention, we cheer them on to their deaths. Indeed, we call on our medical professionals to help them die!

I think what’s most disturbing about the championing of Brittany Maynard’s suicide is that it was not about hastening death as a last result for a terminally ill patient once the pain and suffering become unbearable, but a preemptive strike to avoid any possible pain and, more importantly, loss of autonomy, in the future.

3. Speaking of which. Another loser to add to the list is the Washington State, where a 43 percent rise in doctor-prescribed suicides in 2013 was motivated not by pain, but by feared loss of autonomy and “dignity,” according to the official state government report. This despite the fact that at the time of the referendum debate, the suicide advocacy group, Compassion and Choices (formerly the Hemlock Society), promoted adoption of the Washington law largely on the basis of the claim that it would be used for dying patients with unbearable pain and suffering.

Maynard, herself, in interviews, videos and blog posts, talked mostly about fear of losing her faculties and being a burden on her family than she ever talked about pain.

As I’ve said many times, we are in for a world of trouble once we start making death an acceptable “treatment” for pain and suffering. The “slippery slope” of this is real and well documented.

One only has to look at Belgium where euthanasia has been legal since 2002. Where, despite being originally limited to those at the end of life for whom nothing else but killing would adequately alleviate suffering, they have been known to kill non-terminal elderly couples, a despairing transsexual, and psychiatric patients. Where the Journal of Medical Ethics found that nearly 25% of patients denied tube-supplied food and water were dehydrated to death *without consent* of themselves or family. And where they just approved euthanasia for children 17 years old and younger.

4. Shifting gears: 2014 was certainly the “year of international surrogacy“. Several surrogacy horror stories made headlines last year. Perhaps the most notorious was the case of “Baby Gammy“, who was born with Down syndrome and left in Thailand with his surrogate mother while his parents took his healthy twin sister back to Australia.

Commercial surrogacy was technically restricted in Thailand in 1997, but remained largely unregulated. In the wake of the Baby Gammy controversy Thailand’s interim parliament has voted in support of a bill to ban commercial surrogacy in the country — making Thailand both a loser and a winner in 2014.

5. Finally, the age of cloning is upon us. There were a few cloning “breakthroughs” last year. Most notably, researchers from the US and South Korea announced that they had successfully created cloned human embryos that survived long enough to be harvested for their stem cells — or implanted. What makes this one even more significant (and scary) is that it was accomplished using stem cells from 35 and 75 year old men instead of fetuses and infants.

Be sure to check out CGS’ more detailed wrap-up of 2014. Here’s hoping 2015 has more winners than losers!