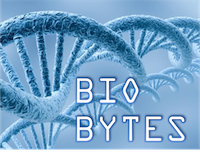 • A British woman is suing the American couple she agreed to become a surrogate for after they allegedly backed out of the deal because she is carrying twins. The couple only wanted one child and demanded that she abort one of the fetuses She refused and wants to put the twins up for adoption.

• The Roslin Institute in Edinburgh, Scotland, famous for cloning “Dolly” the sheep, lost a bid to get a US patent protection on their cloned animal. The U.S. Court of Appeals ruled that, instead of being a “product of human ingenuity,” Dolly and other cloned animals like her are just genetic copies of naturally occurring beings.

• Twin births are on the rise in the United States. Now, one out of every 30 babies born is a twin. This increase is largely due to an increase in infertility treatments like in-vitro fertilization and “ovulation stimulation medications.”

• BioEdge reports on the intensifying debate over “moral bioenhancement.” A special issue of the American Journal of Bioethics last month explores the benefits and dangers of Persson and Savulescu’s 2013 publication Unfit for the Future: The Need for Moral Enhancement.