I’ve been meaning to share an article a friend of mine wrote recently that reminded me of these words from Archbishop Charles Chaput that I have shared here on this blog several times over the years: 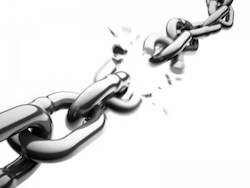 Referring to a Salon article in which Irin Carmon criticized Eden Foods for “marketing itself to a liberal clientele and then quietly harboring a right-wing, ideological agenda” when they challenged the now-infamous HHS mandate, Jason Hall writes:

There is a critical lesson to be learned here, particularly for Catholics. Coming from a very partisan political background, I know well what it’s like to develop that bunker mentality where the other party is so dangerous that political debate becomes little more than a no-holds-barred effort to defeat them at all costs… A Republican who supports poverty programs or comprehensive immigration reform will be called a “moderate squish” and will often be purged in favor of a “true conservative.” A Democrat who supports true marriage and the right to life will be deemed insufficiently “progressive,” unless they can offer assurances that their views are still “evolving.”
…
When we succumb to these social pressures, we lose both our evangelical witness in our nation’s political life, as well as our prophetic voice. We are told we must pick one of the two sides to be relevant, but is that really true? Has that ever really worked for us in the past, or resulted in the Church’s voice being co-opted by political power players?

It took a while for me to figure this out. Not only has my understanding of all the issues changed over the years, but, after working behind the scenes at the MO State Capitol for a period of time, I came to find out that much of politics really is the game that everyone thinks it is — and, when it comes to life issues, the Republicans are just as likely to abandon the principles they claim to hold as the Democrats are to not hold them in the first place.

We are called to be the light of the world and the salt of the earth. To the extent we are involved in political life, we should be a positive influence, not allow ourselves to be influenced. Our mission requires knowledge of our principles, a desire to be truly consistent with them, and a willingness to boldly proclaim what we know to be right. Only when we embrace this mission will we cease to be used by the political process and begin to change it.